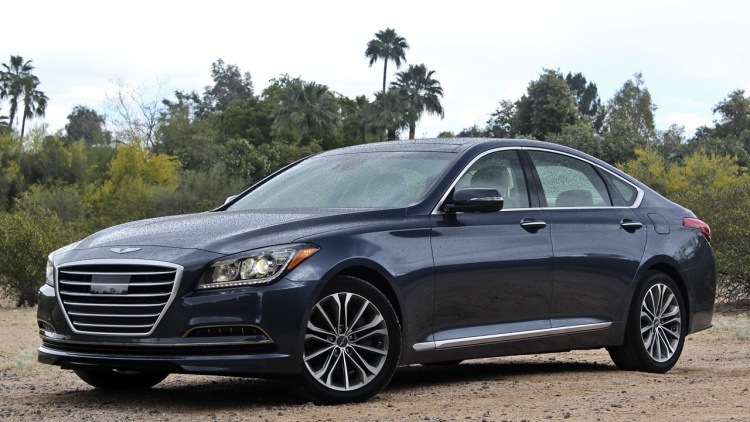 The Hyundai Genesis is a luxury sedan that has been manufactured since 2008; second-generation cars are currently being sent to the United States and other parts of the world.

Probably the first thing that those who know cars noticed when these started arriving in their home markets was that Hyundai was starting to get a foothold in the luxury car market. Although there was doubt as to whether Hyundai could compete there, the first generation of Genesis vehicles did impress those with high standards.

Of course, the attractiveness of a car’s outside depends on the eye of the beholder, but I have to admit that I love this vehicle’s sleek, modern look. Its interior also impresses with its metal accents and real wood. And not only does it have a simple layout, but it combines that with premium materials. The leather seats are also very comfortable; you feel like you are sinking into them.

From an auditory perspective, it is also nice just how much the noises from the outside world, such as from other vehicles or the wind, are isolated from those driving or riding in the vehicle. The Hyundai Genesis’ engine itself is also very quiet, which creates an even more relaxing ride.

One cool aspect of the Hyundai Genesis is that it offers a hands-free trunk release system, which is great for those who may not have any hands free to open the trunk manually.

Also, its price for being a luxury car is perhaps its most significant positive aspect. The 2015 Genesis 3.8 costs about $40,000 and up.

Of course, not everything about this vehicle is positive. Here are some of its negative aspects.

One has to do with its back seats. Although you can sink into them just as well as the front ones, you may not experience enough support for your thighs, and the backrest may recline too much.

Also, if you are driving on especially bumpy roads, such as those found in communities where pot holes are not filled as often as they should be, you may experience a little bit of a rougher ride in this vehicle than you would in others.

One more thing that you should keep in mind if you are considering buying this vehicle is that its fuel economy is not the best. When driving the Genesis 3.8, you should expect to get about 25-29 miles per gallon on the highway and 16-18 on the streets.